Cross-Border E-Commerce 2019: Events you should not miss!

E-Commerce is celebrating its own festive season – with great potential for international traders. We give you an overview of Europe’s top-selling e-commerce events.

Whether it is sportswear, jeans or IT products – American brands and goods are very popular in Europe. More and more dealers want to benefit from this development and internationalize their business. Thanks to international e-commerce platforms such as Amazon, Ebay or Cdiscount (France), this is easily possible today without hosting an individual online shop. We introduce you to some of the most important shopping events in Europe that you should mark in your calendar.

The European e-shopping year starts in January, with Blue Monday. The name “Blue Monday” is more familiar in the UK and not (yet) as well established as Cyber ​​Monday. Nonetheless, Blue Monday plays an important role in European e-commerce, as it stands for the post-holiday or winter sale.

Further, a large number of products from the upcoming season are already in demand: Sports and fitness brands, for example, are benefiting from the new year’s resolutions of consumers. Also, many holiday trips are booked in January. A trend that increases the demand in the travel industry, as well.

Spring and summer are seasonal peaks for local shopping events. Depending on the occasion, selected segments are highly in demand. For dealers in these areas, however, offering holiday deals can be very lucrative, as the following numbers show:

Since the 1990s, the Chinese have been celebrating Singles day on the 11th of November. What started out as Bachelor day is today the highest turnover day in the world. Double Eleven is also gaining importance in Europe – yet not in all countries. In Poland, November 11th is a national holiday and Britain, Ireland, France and Belgium are celebrating the end of World War I and remembering the victims. In these countries, 11/11 will probably not be of greater relevance for e-commerce in the future.

In other European countries such as the Netherlands, Sweden and Germany, however, more and more retailers participate in the shopping event. Throughout Europe, retailers such as Amazon, Ebay and the electronics giant MediaMarkt provided numerous offers for their customers last year to benefit from 11/11. Unfortunately, figures are not yet available. But it can be assumed that Singles Day will establish itself as the start of the shopping year’s final spurt in the future.

Black Friday and Cyber ​​Monday traditionally herald the start of the Christmas shopping season in the United States. But also in Europe, the Amazon-initiated “Cyber ​​Week” around Black Friday and Cyber ​​Monday is an integral part of the e-commerce calendar. In the United Kingdom, sales in 2017 amounted to 8.71 billion euros, compared to 1.7 billion euros in Germany. In France, the volume was just under 1 billion (910 million) euros. For the past year, numbers are not yet available. However, the growth is estimated to hit the double-digits again.

Boxing Day closes the e-commerce year. It takes place annually on the 26th of December and, like Black Friday, is a holiday open for sale. On this day, numerous discounts and promotions attract people to the stores. Boxing Day is used for purchases in England, Ireland and other Commonwealth countries.

In addition to seasonal peaks in sales, high-turnover shopping events have successfully been established. They reach far beyond stationary retail and are an integral part of global e-commerce. International dealers can benefit from this development. Especially the growing markets in Europe offer companies great potential, which is exploited via marketplace integration by more and more retailers. 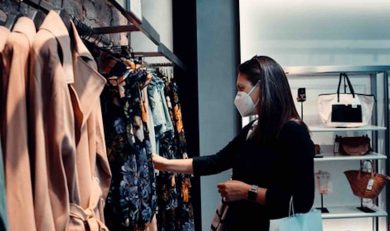 After the lock-down: The challenges for your supply chain