With the highest per-capita-turnover, the British are e-commerce world champions. By generating 178 billion euros, they contribute significantly to the pan-European e-commerce sales. Good reasons to familiarize yourself with the British e-commerce market.

95 percent of Britons surf the internet and eight out of ten users also shop online. Last year, the per-capita-turnover of British online shoppers was 1,639 euros, an average of 38 euros per purchase. This puts them ahead of the US (1,588 euros) and on top of the list of online shoppers worldwide. A fact that is underlined by current data conducted by the Ecommerce Foundation. Overall, the UK, together with France and Germany, generates about two-thirds of the total European e-commerce turnover amounting to 543 billion euros – with tendency to rise. Last year, the United Kingdom’s growth rate was 8 percent. Experts expect further growth for the current year.

Even though the majority of British online purchases are made domestically, British consumers are increasingly buying products from abroad: Last year, 31 percent of online shoppers purchased goods from other EU members. Just as many buyers ordered products from international countries. Overall, in 2017, the British conducted more than one third of all online purchases cross-border (36 percent). And we’re witnessing an upward trend: In 2017, the share of foreign purchases increased by three percent.

Popular marketplaces for cross-border commerce in Great Britain are eBay and Amazon. Together with the British-based Tesco retail chain, they generate a large proportion of the total e-commerce turnover of 178 billion euros.

According to the “Ecommerce Report United Kingdom” by the Ecommerce Foundation, 91 percent of British online shoppers use Amazon. With a market reach of 22.5 percent, the most popular shopping app belongs to the online auction house eBay. The online platform generated 1.36 billion US-Dollars in the United Kingdom last year.

While British online shoppers use their smartphone for purchases during the day, they prefer to shop using their laptop in the evening. Further, 78 percent of Britons use their mobile phone for shopping while commuting or travelling. The most popular products are clothing and sporting goods, followed by travel bookings and other tourism services, as well as household goods.

Brexit, Britain’s exit from the EU, has been planned since the referendum in June 2016. According to the recently negotiated treaty with the EU regarding future cooperation, an “ambitious, broad, deep and flexible partnership in trade and economic cooperation” is desired. 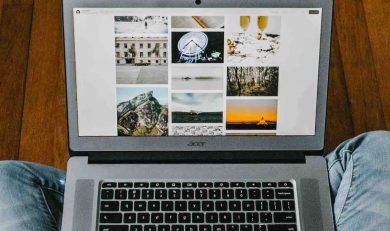 Cross-Border Commerce: Tips for the design of your online presence