Home » Payment in the EU: How consumers in Great Britain, Germany and France pay 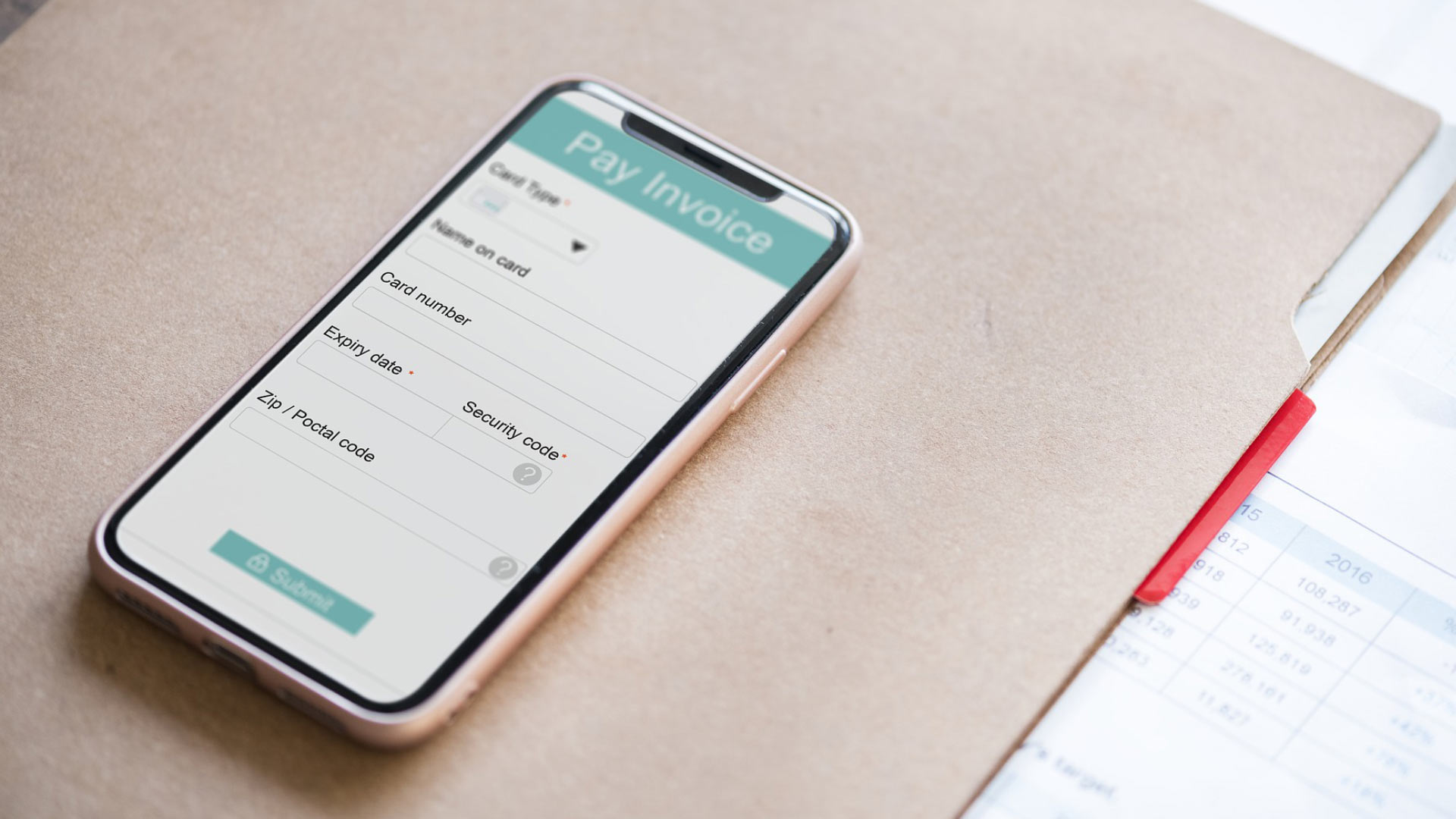 Payment in the EU: How consumers in Great Britain, Germany and France pay

The compilation of payment methods is particularly important when trading abroad. Based on the examples of payment in Great Britain, Germany and France, we will show you why retailers should increasingly focus on local customer needs in this area – and why it often makes sense to cooperate with local service providers.

The payment world with its multitude of payment options can certainly challenge US online merchants on the domestic market. It takes time and know-how to put together the right payment methods. Anyone seeking to enter the three major European e-commerce markets of Great Britain, Germany and France will need to devote even more attention to this topic. What does it take to win the confidence of local consumers? After all, it is important to adapt payment methods to the respective markets.

The reason is quite simple:  Anyone complying with firmly anchored payment habits promotes trust in a web shop and prevents customers from canceling their purchases shortly before checkout. When selecting the right payment method, American companies should consider working with payment service providers who know local payment preferences, bundle payment solutions for online shops, and optimize settlement processes.

Interested in technology, internet-savvy and shopping-enthusiasts: British consumers are considered to be particularly progressive compared to consumers in Germany and France. They are among the top performers in the European ranking when it comes to buying goods online and digitally paying for them. This is confirmed by figures from the Ecommerce Report United Kingdom 2018 published by the Ecommerce Foundation: 95 percent of Britons of all age groups use the internet and 81 percent shop online. With the broad acceptance of large online marketplaces such as Amazon, which are rated trustworthy by customers, new types of payment have significantly gained popularity in recent years. The clear forerunner is the payment service PayPal, which was initially used primarily for purchases via the online auction house eBay. According to the European Ecommerce Report 2018, 71 percent of buyers already prefer e-wallets like PayPal and Amazon Payments. „Classic“ payment methods are used additionally: 68 percent of consumers like to use direct debit, 50 percent use credit cards and 17 percent use prepaid cards and vouchers.

British consumers are becoming increasingly familiar with the digital management of their finances. The fact that the acceptance of mobile payment, too, is growing, can be proven by taking a look at London city life. More and more consumers are using contactless payment via smart phone while using public transport. Consumers experience first hand how fast and convenient mobile payment can be in transit situations and gradually integrate it into their lives. Younger people, in particular, are open to mobile payment methods, while older consumers tend to have security concerns. Compared to Scandinavian countries, the digital transformation still has quite a growth potential in the UK – if it weren’t for the omnipresent Brexit issue that is paralyzing almost all industries.

For years, Britain was seen as a key market by foreign traders. But with the announced withdrawal from the European Union, many uncertainties have arisen. First effects on the e-commerce market are already becoming apparent: Due to the weaker British pound, local goods have become cheaper for foreign consumers, while British online shoppers are less likely to shop abroad. What this means for US retailers active on the British market can only be conclusively answered after the actual Brexit has taken place.

Like all consumers worldwide, Germans, too, have their own payment preferences. Significant for Germany is the preference to pay after receiving the goods. According to the study Online-Payment 2018 by the EHI Retail Institute, a billed purchase is still the most popular means of payment with a market share of 28 percent. But what is the reason for this? In Germany, there is a decades-long tradition of ordering goods from the catalogues of large mail-order companies such as Otto. This habit has been passed down over generations: Today, products are conveniently selected on the e-commerce marketplaces and ordered to the home. Anything that does not fit or please is sent back. Customers only pay for the purchases they actually keep.

The second most popular payment method according to the EHI ranking was direct debit with 20.1 percent, closely followed by payment via PayPal (19.9 percent). The demand for payment by credit card has receded, yet at 11 percent it still ranks fourth. Most German online shops have an average of seven different payment methods in their payment pool. American companies are well advised to do the same, and offer German buyers payment methods such as instant transfer and prepayment. In the case of expensive products, it is also helpful to offer payment by instalments.

The fact that the German payment market is highly fragmented and that many technologies and providers compete in this field may explain why consumers are reluctant to use mobile payment via smart phone. However, the main reasonlies elsewhere: German buyers are concerned about security issues. Data protection is an important topic. To make matters worse, cash is more popular in Germany than in almost any other country. A potential widespread use of mobile payment in Germany must therefore be seen as a long-term project. New systems such as Google Pay or Apple Pay have to gradually establish themselves and vie for consumer confidence. New technologies such as fingerprint authentication could have a positive effect on consumers‘ acceptance. It is up to mobile payment providers to offer clear added values and encourage consumers to give their technologies a try.

Similar to the USA, cashless payment with credit cards is quite en vogue in France. Thus, it is not surprising that with 62 percent, this payment option is most popular among the French, according to the European Ecommerce Report 2018. The so-called Carte Bancaire and Carte Bleue, which can be imagined as a combination of credit card and bank card for withdrawing money, are widely used. American companies that sell in France and want to avoid canceled purchases at the checkout should therefore offer payment via Cartes Bancaires and Cartes Bleues together with other common credit cards such as Visa, Mastercard or American Express. In their payment mix, however, they should also bear in mind that 58 percent of French consumers also like to use e-wallets such as PayPal and Amazon Pay. 22 percent use Direct Debit – while 15 percent use prepaid cards and vouchers here as well.

Mobile retail in France is growing – and so is mobile payment

88 percent of the 65 million French inhabitants have internet access and are increasingly using it for shopping. However, when it comes to mobile payment on large online marketplaces such as Cdiscount, Fnac.fr or vente-privee.com, most French buyers are still cautious. But as the overall trend points to the fact that online purchases are increasingly being made via mobile devices, mobile payment is likely to rise as well. American merchants should keep this in mind.

A new EU regulation for more payment security which is going to be implemented as early as September 2019, is currently unsettling the payment world. It means that online merchants will have to subject their customers to a double security check. This applies to e-shoppers who pay by credit card or PayPal: From mid-September 2019 on, they will not only have to enter their card number, expiry date and security code, but will also need to identify themselves with a second factor. This will be done, for example, using biometric fingerprints or codes sent to mobile phones. With the new regulation, the EU wants to make shopping on the internet safer and reduce fraud rates. Retailers do not seem to be very enthusiastic about this, because the double security check will make online shopping more complex for the customers. Critics fear that the number of shopping cart cancellations will increase and that the internet trade, which has been growing for years, will generally slow down. American merchants are well advised to offer alternative payment methods and monitor new developments, in order to react quickly when local payment preferences change.

What counts above all for customers in all three European countries is a safe, fast and convenient shopping experience – on the digital marketplaces as well as the online shops of classical retailers. American companies considering entering the European markets should pay attention to local payment preferences as well as to language and taste adaptions in their local web shops. Only a mix of different payment methods leads to success. The most important thing is not necessarily how innovative payment solutions are, but what significance they have for the consumers. After all, technologies change much faster than human preferences and habits. Large shopping platforms familiar to consumers can contribute to an increasing acceptance of innovative payment methods such as mobile payment. Whether and to what extent the new EU regulation for more payment security will affect consumer habits remains to be seen.

After Brexit: This changes in cross-border commerce

E-commerce trends in Europe: increasing demands regarding the...

After Brexit: This changes in cross-border commerce