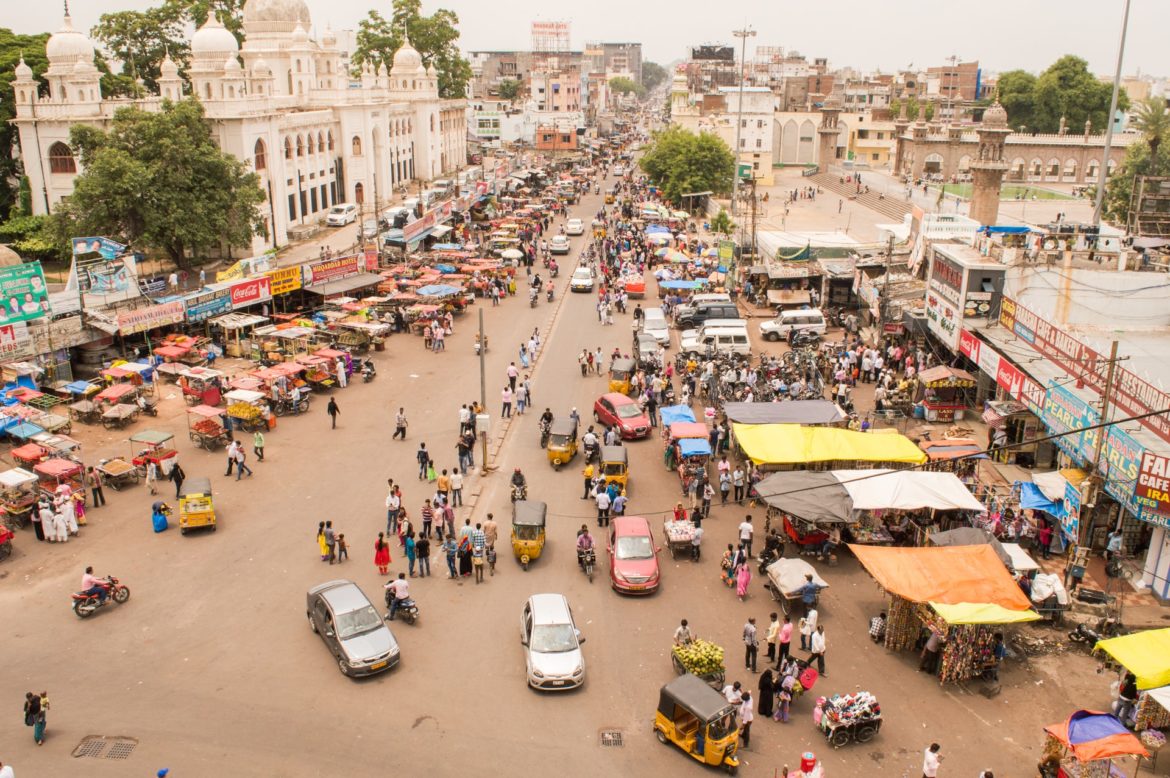 As one of the most important emerging markets, India offers European companies interesting business opportunities. However, entering the procurement and sales market requires in-depth local expertise: We introduce you to the special features of the Indian economic structure and show you which cost-saving customs procedures are available.

Economic cluster as a locational advantage

Automotive and machine parts made in Haryana, textiles and sporting goods from Punjab, or jewelry and leather products manufactured in Uttar Pradesh: India’s economic structure is characterized by industrial regional clusters in which producers, suppliers and other related facilities from the same sector have established themselves. With the formation of clusters spread across the vast country, India is pursuing the objective of optimizing industrial value creation and establishing itself as an alternative procurement market within the framework of international supply chains. A high-performance industry is seen by the local government as the basis for more prosperity as well as sufficient work for the young growing population with an average age of 28.4 years.

Although India recorded a pandemic-related decline in exports in 2020 – it still exported around $276 billion worth of goods (for comparison, the volume in 2019 was $324.34 billion). For 2022, the International Monetary Fund predicts growth of 11.5 percent.

The strategic clustering of industries such as engineering, automotive and chemicals is intended to boost local productivity and competitiveness. Clustered manufacturing locations are generally more accessible, have developed transportation infrastructures, and have proximity to resources, technologies, and goods for manufacturing industries. The co-presence of numerous companies of the same industry also provides a higher concentration of skilled personnel in one location. This enables the production of high-value or technologically advanced goods for the domestic and international markets. Where India is the declared sales market, production can take place in close proximity to local customers or the local value chain.

Those who establish long-term business relationships in economic centers and make targeted investments in local manufacturing also support the pursuit of greater sustainability as well as compliance with and implementation of Western requirements, such as those imposed by local supply chain laws.

Hermes International, a business division of Hermes Germany, has been successfully active on the Indian market for years. Thanks to the long-standing cooperation with partner Jeena – one of the largest logistics service providers in the country – the logistics experts can optimally support customers throughout India.

India as a production location: Customs and tax relief in special economic zones

A large proportion of India’s industrial clusters are located within special economic zones (SEZs). These zones are not part of India’s customs and tax territory and are designed to provide financial incentives to encourage foreign companies to set up and intensify business activities in India. Companies are allowed to produce and provide services here and benefit from capital-saving customs procedures. For example, pre-products from outside the customs territory may be brought into the zones duty-free, and deliveries from the Indian customs territory are tax-free. In addition, tax concessions such as exemption from corporate income tax on export profits are granted. The sale of products to the domestic market is possible after payment of customs duties.

An up-to-date overview of the more than 300 notified special economic zones is available on the website of the Indian Ministry of Trade and Industry.

The financial benefits also apply within the “Free Trade and Warehousing Zones” (FTZ) defined by the Indian government, which are a sub-form of the special economic zones and are subject to their laws and regulations. The establishment of these free trade and warehousing zones near major seaports and airports is intended to further facilitate and simplify international trade in goods. For domestic and foreign companies, registration is not required in these trade centers, trade transactions are permitted in foreign currencies, and customs clearances are faster. Further advantages result from the deferral of customs duties for imported goods, trade conformity after the arrival of cargo and the fact that storage, packaging and labeling of goods is permitted in FTZs.

Companies focusing on the domestic market, on the other hand, should locate in so-called Domestic Tariff Areas (DTA) of suitable economic clusters – i.e. in special industrial zones or industrial parks that are part of the domestic tariff area. DTA units are also allowed to export and take advantage of foreign trade policies. Sales from these zones to businesses in special economic zones are thereby classified as deemed exports.

The Indian government is consistently using new technologies to modernize its customs administration. One example is the Indian customs platform ICEGATE, which provides e-filing services electronically to retailers, carriers and other trading partners. A single window interface has also been established to facilitate contact with the authorities involved in importing and exporting goods.

With the National Single Window System (NSWS), which was launched in 2021, the Indian government has further facilitated international business relations: lengthy bureaucratic procedures are centralized via the platform. Whereas previously several official procedures were necessary, today registrations, licenses and permits for starting a business can be applied for remotely – with efficiency gains for investors, companies and startups.

Although market entry and the import and export of goods are facilitated by the digital transformation, local know-how and reliable local service providers are still indispensable. Thanks to a strategic partnership with the Indian market leader Jeena, Hermes International optimally supports interested companies in entering the market as well as in cross-border logistics or customs clearance on site. Together, Hermes and Jeena offer comprehensive expertise in international goods traffic as well as in-depth regional know-how.

In northern India in particular, foreign companies will find well-developed infrastructures for smooth production and procurement of goods. The large industrial cluster with New Delhi as its hub comprises a total of eight states and contributes 18 percent to the overall Indian economy. Five of northern Indian states – Uttar Pradesh, Rajasthan, Haryana and Punjab as well as the Union Territory of Dheli – are among the top 15 regions nationwide that contribute greatly to the country’s economy. Overall, North India’s share of all-India manufacturing exceeds 35 percent in the computer, electronics and optics segments, more than 27 percent in the automotive and transportation equipment segments, and more than 28 percent in the electrical equipment segment.

Industrial policy measures such as targeted investment in further regional development or an increased focus on balanced and sustainable production, which have been introduced in individual states in recent years, are designed to ensure the continued success of this large cluster. The primary objective is to provide the population with a secure basis for living through a stable economy.

The northern Indian cluster also offers European companies advantages in the transportation of goods: Haryana and Punjab rank second and third among the best-performing states in northern India in terms of the mobility of goods and efficiency within the logistics chain. This is among the results of the third edition of the government’s ranking of states based on logistics infrastructure.

Its leading position in logistics performance is also based on the number of customs stations: In northern India, there are a total of 67 customs stations through which goods can be cleared: Three of them are in located in Delhi and 13 in Harayana, for example, as well as 21 stations in Uttar Pradesh and 10 in Rajasthan.

India – a market of the future: Leveraging potential with experienced partners

In recent years, India has introduced a series of reforms to establish itself as an attractive procurement and sales market. Market access for international business customers has been simplified through the creation of regional industrial clusters, special economic zones, and trade and warehouse exemption zones. Companies benefit from various location-related advantages such as higher productivity, qualified personnel, resource diversity and, last but not least, customs and tax savings.

European business professionals should proceed strategically when choosing a location and build up detailed knowledge about where certain goods are produced. Since regions sometimes still vary greatly in their development and economic performance, it is important to determine exactly where the greatest potential for one’s own business lies – this might be in northern India, for example.

In order to leverage the potential in this region and to meet potential challenges with foresight, cooperation with experienced and reliable local partners is crucial to success. Thanks to Hermes’ affiliation with the OTTO Group and its e-commerce business, the cooperation between Jeena and Hermes has established structures that customers throughout India can rely on – especially in the areas of 3PL such as warehousing, quality inspections, and along the entire logistics value chain, as well as in dealing with buyers and shippers.

Just-in-Time or Just-in-Case: Which strategy is the right...

Q&A: How can companies reduce their CO2 emissions...

After the lock-down: The challenges for your...

Commerce 4.0: How online retailers benefit from...