Home » Marketplaces in Europe: Trends and developments during the pandemic 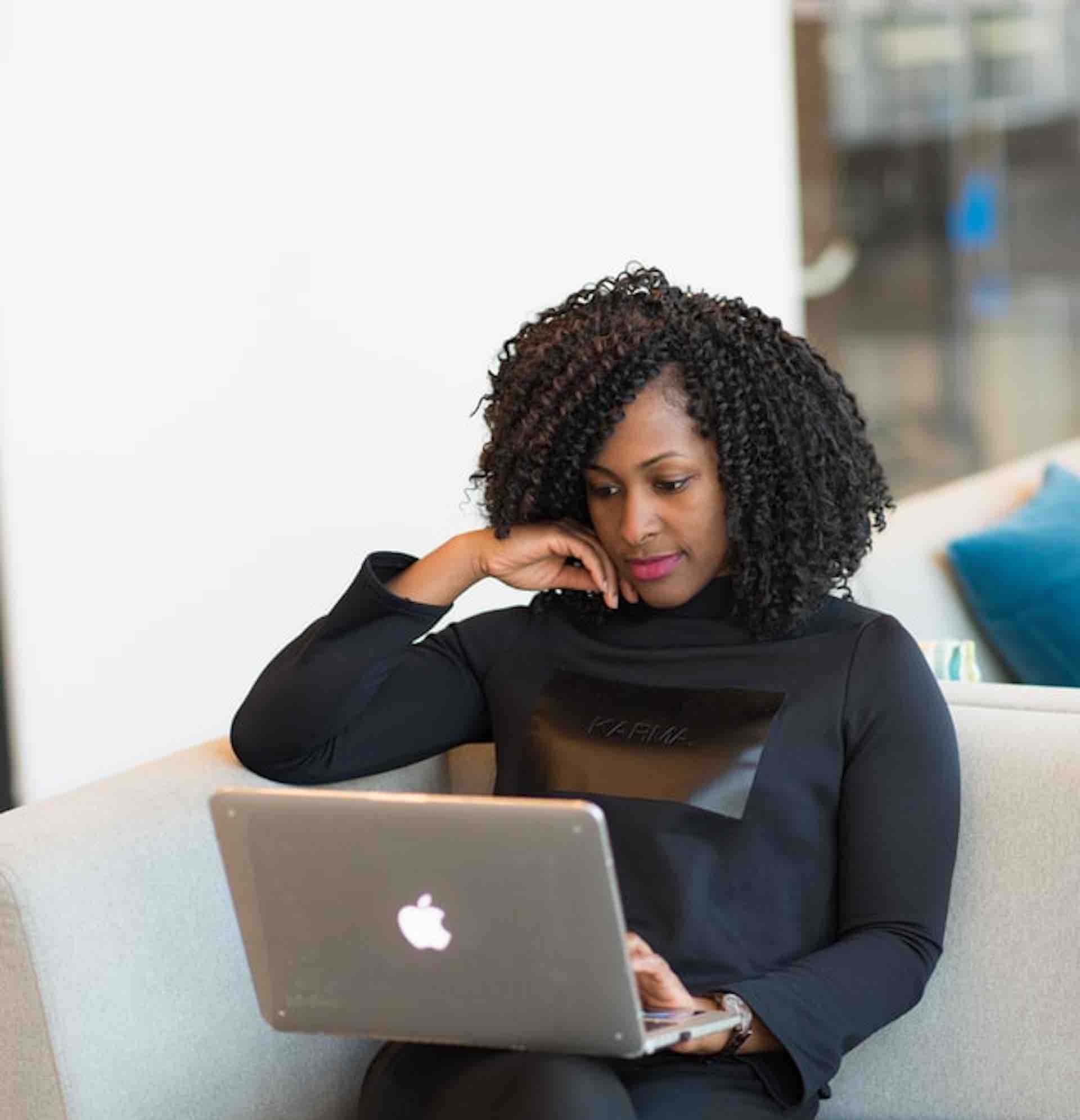 Marketplaces in Europe: Trends and developments during the pandemic

The COVID 19 pandemic has brought record growth to European e-commerce: local consumers are increasingly shopping online – alas, they are buying different products than usual. While broad-based cross-border marketplaces were already among the winners at the beginning of the crisis, specialized e-tailers have at times been left behind. We present current figures and trends to examplify how you should position yourself as an internationally operating retailer.

In times of the global Corona pandemic, European e-commerce has been in a state of flux: the pandemic is accelerating the already clearly visible shift from stationary retail to e-commerce. Early studies and surveys such as those conducted by the German industry association bevh show that, with a 20 percent increase in sales, exclusive online retailers in particular are among the beneficiaries of the crisis. European cross-border marketplaces are recording similar growth rates, as they are increasingly accessed by consumers due to the wide range of products on offer. This fact is illustrated in a report by market researcher KANTAR commissioned by Detail One, for which 3162 consumers in the three largest European e-commerce markets Great Britain, Germany and France had been surveyed. According to the report, the number of consumers who conduct 50 percent or more of their purchases online has risen significantly. In addition, six out of ten consumers indicate that they would prefer to continue shopping online in the future – a figure that suggests that the trend will continue after the crisis.

Marketplace generalists as preliminary “winners” during the crisis

Marketplace generalists such as Amazon, eBay or Rakuten are certainly the main beneficiaries of the current crisis situation. Thanks to their digital infrastructure, they were able to adjust flexibly and early on to the increased demand in some segments. New traders were attracted by attractive special conditions to sell their product range on the platforms, and internally, personnel for order processing and logistics were increased.

Although even Amazon witnessed delays regarding their deliveries due to the Corona pandemic and challenges certainly remain due to rising logistics costs, the e-commerce giant was able to grow in the first quarter of 2020. Sales rose to $75.5 billion, an increase of 26 percent compared to the same period last year. Amazon’s competitor eBay is also benefiting from the shift to e-commerce and is expected to record the largest revenue growth in four years. After all, consumers are taking a cross-platform approach when searching for out-of-stock products and are increasingly accessing eBay or Rakuten.

At the beginning of the global pandemic, the low-budget marketplace Wish is said to have been left behind. The trading platform witnessed a loss of revenue because the affiliated sellers mainly consist of Chinese retailers. The latter suffered directly from the production shutdown in China and the disruption of global supply chains. In order to avoid supply bottlenecks in the future, the cross-border platform now wants to attract more new dealers from other regions such as the USA.

During the crisis peak in Europe, specialized e-tailers such as fashion marketplaces felt the effects of the Corona pandemic, as well. Google search queries for fashion online shops witnessed an overall decline. However, fashion providers were not the only ones to incur Corona-related losses in the first quarter – sales also fell sharply in the beauty or electronics sectors.

During the lockdown, European customers focused on daily goods such as food, hygiene and medical products and office equipment for remote working environments. Accordingly, those segments were booming. As a result, some cross-border platforms such as the French Cdiscount began to give preference to high-demand goods, which on the other hand entailed a negative impact on sales of other products.

As the crisis progressed, consumer attitudes turned around again: with a rising confidence, demand for clothing and other non-essential products increased. Fashion marketplaces such as the German provider Zalando or the British online retailer Fartech are now among the winners of the crisis. Farfetch expects a gross merchandise volume (GMV) of 605 to 630 million US dollars for the second quarter of 2020 – hence, a growth of 25 to 30 percent compared to the previous year.

Cosumers’ desire to purchase rises again as the crisis unfolds

The facts that firstly, consumer priorities are shifting in the various phases of the pandemic, and, secondly, that consumer appetite is increasing again is suggested by further results of the report by KANTAR and Detail One. Around 80 percent of the surveyed consumers from Great Britain, Germany and France had already indicated at the end of March 2020 that they wanted to spend more money on “non-essential” products such as clothing, home electronics or furnishings again in the course of 2020. Joakim Gavelin, founder of Detail One, assumes that all major e-commerce categories will return to their previous level or even exceed it in some cases. “When that happens, it’s vital to have online visibility to meet demand.” International brands and retailers should therefore now ask themselves whether European consumers can find their products online.

In order to increase the visibility of your own products, it is best to become active on several cross-border platforms. If you have a broad base, for example, you increase your chances of winning over customers from the competition if the latter do not have enough goods in stock. As in the case of eBay, the crisis has shown that customers are more open to switching to less familiar channels or providers when searching for products. When choosing suitable cross-border marketplaces, traders should continue to examine carefully which platforms are best suited to sell their products. They should also thoroughly examine which additional services need to be used to meet local customer expectations in terms of delivery times or payment methods.

Keeping an eye on an eventual reorganization of the marketplace landscape

In addition, general developments concerning the European markets must be kept in mind. Therefore, a rapid stabilization cannot be assumed everywhere. Among others, Arvato’s eCommerce Competence Center forecasts that orders from particularly crisis-affected countries such as Italy and Spain will remain at a low level until the end of the third quarter.

It also predicts that there will be a reorganization within the marketplace landscape. Platform operators from abroad could shake things up. The French online DIY store ManoMano, for example, is pursuing expansion plans for the German market, because in those countries, do-it-yourself and gardening products are in particularly strong demand.

Retailers who react to trends early on can also benefit from them. In this context, the move into Eastern Eurupean markets such as Poland, Romania or Russia may now be particularly interesting, as online retail has gained enormous momentum in those countries. There certainly seems to be a significant growth potential in marketplaces such as allegro.pl or wildberries.eu, the new offshoot of the Russian e-commerce platform Wildberries.

Conclusion: The well-planned entry into European markets is worthwhile

Although online marketplaces – like all retailers – are affected by fluctuations in demand due to the Corona pandemic, internationally operating retailers are well advised to make greater use of this sales channel. The Corona crisis has certainly unsettled consumers and retailers for a while, yet it is also bringing about lasting change. Experts assume that the shift from stationary retail to e-commerce will take place more quickly than previously assumed. Thus, retailers should seize the opportunity and position themselves strategically in selected European cross-border marketplaces. In this way, potential losses in the existing core markets can be compensated. After all, continents and countries often find themselves in different phases of the Corona pandemic – a fact that has a direct impact on purchasing behavior and market performances.

Payment in European e-commerce: What retailers should...

Cross-border e-commerce: These are the top marketplaces...

Mobile first – The driving force behind...